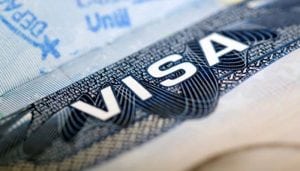 On June 21, 2018, the United States Supreme Court issued a major decision that could affect hundreds of cases filed in immigration courts. The case involved an immigration benefit called cancellation of removal, which is sometimes called “la ley de 10 años, ” and allows immigrant to gain resident status.

In the specific case before the Court, Wescley Fonseca Pereira arrived in the United States in 2000 and overstayed his visa. In 2006, the government served Pereira with a “Notice to Appear” in immigration court but did not specify a time or place. Pereira sought to defend himself by filing an application for cancellation of removal.

Agreeing with Pereira, the Supreme Court held that the Notice to Appear was defective and did not stop him from accruing the necessary 10 years. The court also called in to question the validity of a wide government practice in issuing these notices without a specific time and location, as required by immigration statutes.

If you have ever received a notice to appear that did not specify a time and place, we encourage you to contact our office at 407-487-4558 and schedule a consultation.