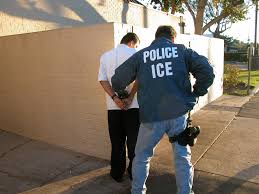 Immigration Lawyers at Martinez Manglardi PA in Orlando note that U.S. Immigration and Customs Enforcement (ICE) is arresting large numbers of immigrants who have no criminal record. The Orlando immigration attorney cites a report in The Tampa Bay Times. The Times analyzed two years worth of records since the Trump administration began its crackdown on illegal immigration. Despite administration claims of arresting mostly violent offenders, the feds are seizing record numbers of immigrants with no criminal history.

“Nowhere was this enforcement shift more pronounced than in Florida, according to a Tampa Bay Times analysis of federal data,” the paper said. “Arrests here of undocumented immigrants with no criminal records were seven times the total during the previous administration — the largest increase in the country and twice the national average.”

According to the story, Florida immigration lawyers say ICE agents are using racial profiling. ICE is reportedly using tactics like random identity checks on people riding Greyhound buses in Hispanic neighborhoods. Immigration lawyers say that their clients are being stopped for minor traffic violations and arrested for not having documents.

Under the previous administration, authorities gave a low priority to non-violent aliens without criminal records.

Check out AILA’s interactive map which shows a sample of enforcement actions @ICEgov has undertaken across the country. A special thank you to our friends at @FWDus for working with us to illustrate the human impact of these enforcement actions. https://t.co/Od2tESyghH pic.twitter.com/YOOBMhLwWA

Orlando immigration lawyers have their work cut out for them since the U.S. Citizenship and Immigration Services (USCIS) field office in Orlando deny citizenship applications at nearly twice the national rate. With the current administration’s tough anti-immigration (and anti-immigrant) stance, aspiring citizens face new challenges. Resident non-citizens can also find themselves in difficult situations. If you are looking for the best immigration lawyers in Orlando, consider the immigration law experts at Martinez Manglardi PA. We’ve put together a top-notch immigration team to help you. Call 407-846-2240 for a free consultation at one of our convenient Central Florida locations.