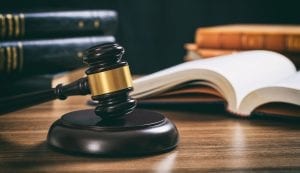 For the time being, however, America is still a country of laws, which entitles everyone on American soil to due process of law. As the Times reports, “Courts have consistently held that anyone on United States soil is protected by the Constitution’s right to due process, even if they illegally entered the country.”

We cannot allow all of these people to invade our Country. When somebody comes in, we must immediately, with no Judge or Court Cases, bring them back from where they came. Our system is a mockery to good immigration policy and Law and Order. Most children come without parents…

At the present time, the immigration system is increasingly violating the due-process rights of non-citizens seeking to avoid deportation. But immigrants – even undocumented immigrants – have rights under our laws. In fact, our laws entitle immigrants to challenge deportation through the court system. Non-citizens have the right to be represented by immigration lawyers. They can present evidence and testimony before a judge. They have the right to appeal when a ruling goes against them.

There is a systemic pattern of dysfunction and lack of meaningful oversight in the U.S. immigration court system. In April we filed an administrative complaint outlining due process violations in one of these courts: the El Paso Service Processing Center. https://t.co/GtiXyuYzJO https://t.co/KMfWXB2vWy